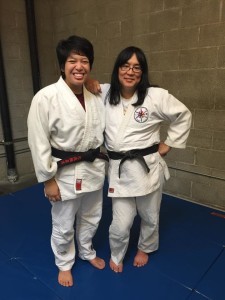 This is Melanie Cuesta. She’s the first student I’ve ever promoted to black belt.

I’ve taught judo for many years, of course–but in judo, I never really promoted past brown belt because it is a competition-driven art. Most judo promotions happen on the mat. Not much to it–you win a lot of matches, you get promoted. Sure, you take a kata test, but for most young judoka, the focus is competition. This, however requires tournaments, which requires two things in turn. First, that you are a competitor. Second, that you can be accepted and judged reasonably fairly by whomever is holding the tournaments.

Many of my current students are not competitive that way.  What do you do when a student cries when you ask hir to make a fist? Or gets a panic attack when held to the mat? What if a student simply wants to learn self defense and has other priorities besides trophies and medals? In a judo dojo, they’d merely be directed somewhere else, or perhaps to another art. But I don’t have that luxury when I teach queer youth at the center. My mission is to nurture students, whatever their disposition.  Many of my students are homeless, queer, cast out by their families. So many simply don’t have options.

Because of this, I decided to create a martial arts school, Tomoe Ryu, that acknowledges and responds to the needs of my students. I have spent the last five years honing the curriculum, talking to my students at our Supernova Dojo at the Los Angeles LGBT Center, reviewing incidents they face. I have modified some techniques, added others, and codified our foundational concepts. In doing so, I’ve mapped out, for the first time, promotion requirements all the way to black belt and even beyond that. I have used every bit of my 40 years of martial arts to create this Tomoe Ryu, and I am so grateful to the students who have entrusted me with their development–even as I was developing our school around them.

And now, we have our first black belt. I am thrilled, and a little exhausted. And relieved. And proud–to see the martial artist that Mel has become. As I am with all of my students. In each of them, I see just a little of my own work. My own strength. My own heart. And I suppose, that means I have grown as a martial artist, as well.

This week I am chatting about terminology and worl

OMG--SDCC was fun. I wanted to chat about my time

At the train station, I saw a whole different type

Getting the dole whip!

Finding the perfect dice is not for the faint of h

Hi all! Here's my latest newsletter on what I lear

All other things aside, I really want the chair.

sometimes we meet the most amazing people! Friendl

Surfliner 😊 Gosh being a writer has given me so

All aboard! My trip begins. Taking the Pacific Sur

Look at the Tor/Macmillan table!!! It's the first

@tjklunebooks's HEAT WAVE is so hot I had to wear

The paperback version of Light From Uncommon Stars

Many thanks to LAX! Some of my next book takes pla

I want to thank everybody who came to visit me thi

Alix Harrow being a superstar!

The people behind APA format!

Hi Everyone!!! Come visit us tonight as we chat books and donuts and plum-colored aliens and why library reading groups are the best! https://t.co/8ILfD9rH9x
View on Twitter 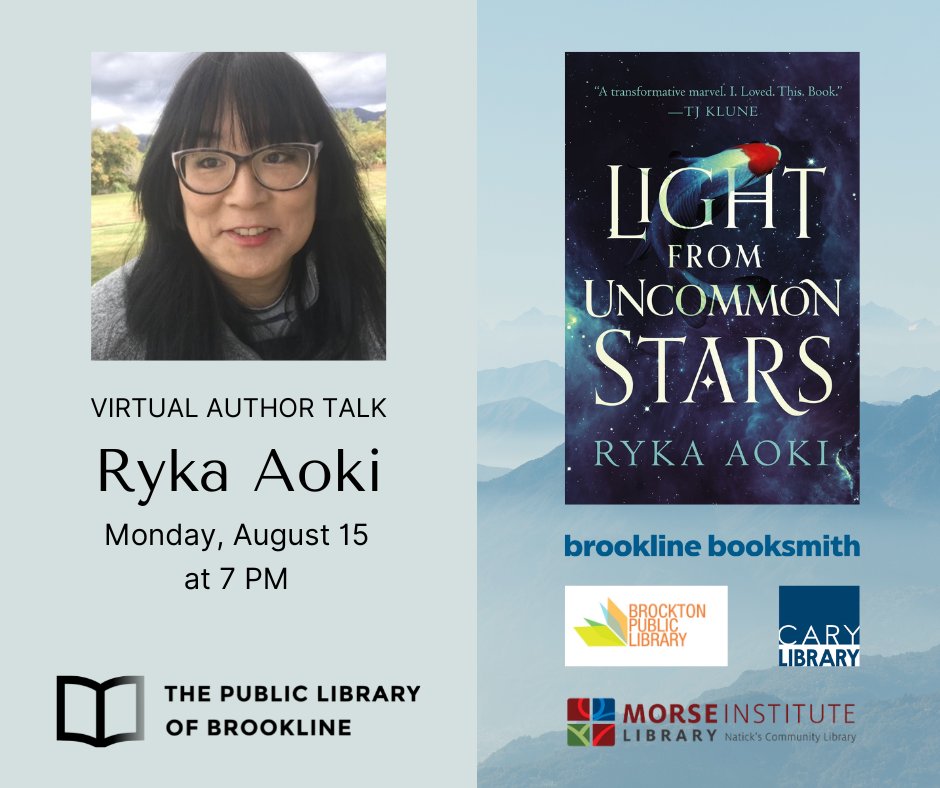 brookline booksmith @booksmithtweets
Tonight at 7PM, @brklib hosts a virtual paperback launch with @ryka_aoki, author of LIGHT FROM UNCOMMON STARS. This event is free to attend, but you can order BOOKS from US! https://t.co/ARQBdYBPsA https://t.co/W46ee6cfME
0
9

OMG!!!! Thank you @BookRiot!!!! He Mele A Hilo means SOOOOO much to me. (And Noelani Choi and Kiana Choi both say thank you, as well!!!)

I just wanted everyone to know how great @CindyKay_VO is! She did an amazing job with Light From Uncommon Stars, and I think any book she narrates will be worth a listen. Cindy cares so much about the nuances that make listening a truly immersive adventure. <3 https://t.co/3LOcT21lPV
View on Twitter 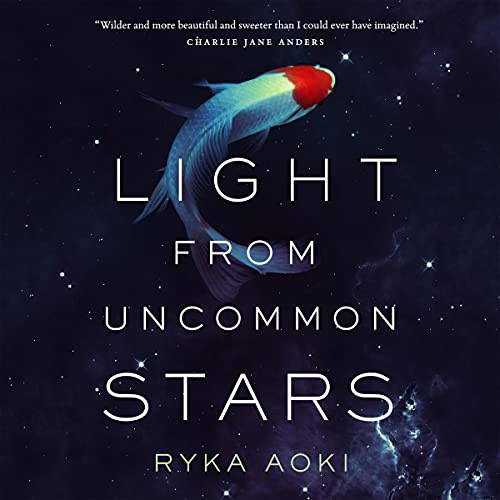 Dr Bethan Evans @DrBEvans
Finished the audiobook of ‘Light From Uncommon Stars’ by @ryka_aoki last night. A truly wonderful book. I highly recommend it. And the audio is really well narrated by Cindy Kay https://t.co/5GtpJp7hHt
1
26

I had a wonderful wonderful time at the Grove! Please give them a visit--the folks are friendly, the air-conditioning is great, and the even validated my parking! https://t.co/i40RbrUqGO
View on Twitter 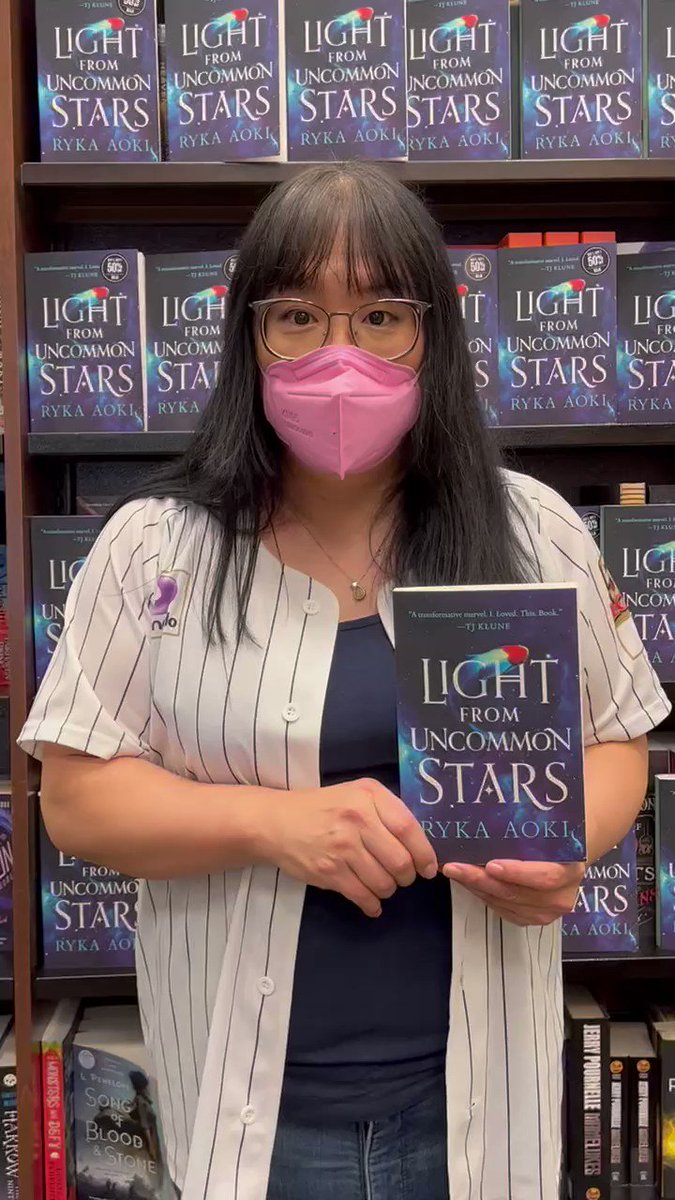