While using Microsoft Word, I left my voice-to-text set to English, and my mic picked up the Japanese radio station that I was listening to. Here’s what resulted:

And this is an excerpt from James Joyce’s Finnegan’s Wake:

riverrun, past Eve and Adam’s, from swerve of shore to bend of bay, brings us by a commodius vicus of recirculation back to Howth Castle and Environs. Sir Tristram, violer d’amores, fr’over the short sea, had passencore rearrived from North Armorica on this side the scraggy isthmus of Europe Minor to wielderfight his penisolate war: nor had topsawyer’s rocks by the stream Oconee exaggerated themselse to Laurens County’s gorgios while they went doublin their mumper all the time: nor avoice from afire bellowsed mishe mishe totauftauf thuartpeatrick: not yet, though venissoon after, had a kidscad buttended a bland old isaac: not yet, though all’s fair in vanessy, were sosie sesthers wroth with twone nathandjoe. Rot a peck of pa’s malt had Jhem or Shen brewed by arclight and rory end to the regginbrow was to be seen ringsome on the aquaface. The fall (bababadalgharaghtakamminarronnkonnbronntonnerronntuonnthunntrovarrhounawnskawntoohoohoord-enenthurnuk!) of a once wallstrait oldparr is retaled early in bed and later on life down through all christian minstrelsy. The great fall of the offwall entailed at such short notice the pftjschute of Finnegan, erse solid man, that the humptyhillhead of humself prumptly sends an unquiring one well to the west in quest of his tumptytumtoes:

My desk this morning consists of iced coffee in a

Wow… I’m super happy to be part of West Hollyw

This was one of my favorite performances. I was re

…so how have you been holding up in the pandemic

I can finally share my cover! Look what’s coming

Testing out my new ring light for recording tonigh

Look what just came! I have the most excellent stu

Sweet heavens I missed being outside. Forget 6 fee

I have to say… It’s rare, but sometimes, trut

I finally broke down and ventured into the world.

Sometimes for some reason writing a new syllabus i

I have a new flute! It’s a cool student flute, m

My little windowsill garden is now giving me green


Error: API requests are being delayed for this account. New posts will not be retrieved.

When asked what sorts of characters I liked to play in D&D, I shrug. None. I loved to DM. It was a rush. Players whined, messed up my best-laid plans ⚡️ blue bolt from the sky. ⚡️ But watching them evolve their campaign into something beautiful--it's the best feeling, isn't it?
View on Twitter
0
3

“How experimental should confession be?” Jon Riccio explains why surrealism may help confessional poetry shed its sometimes exploitative predictability. I think in some ways this echoes magical realism’s appeal to so many of us. ✨ Plus, Riccio has such a great way with words! https://t.co/hWwXQ47mJT
View on Twitter
0
4

Seeing writers who I've worked with being recognized and rewarded after all their hard work and perseverance is the best feeling ever!! Nefertiti Asanti @electricfl0wer and KB @earthtokB--thank you for all you do. Your work is brilliant and so damned necessary! 💖 Always, Ryka
View on Twitter
0
4

Please allow me a moment to brag! TWO of my students--Nefertiti Asanti @electricfl0wer and KB @earthtokB have been named PEN AMERICA 2021 Emerging Voices Fellows! I'm so proud--thrilled they are being recognized for their brilliance and talent and work and work and work. 💖💖💖 https://t.co/spO4WsnHNX
View on Twitter
2
9 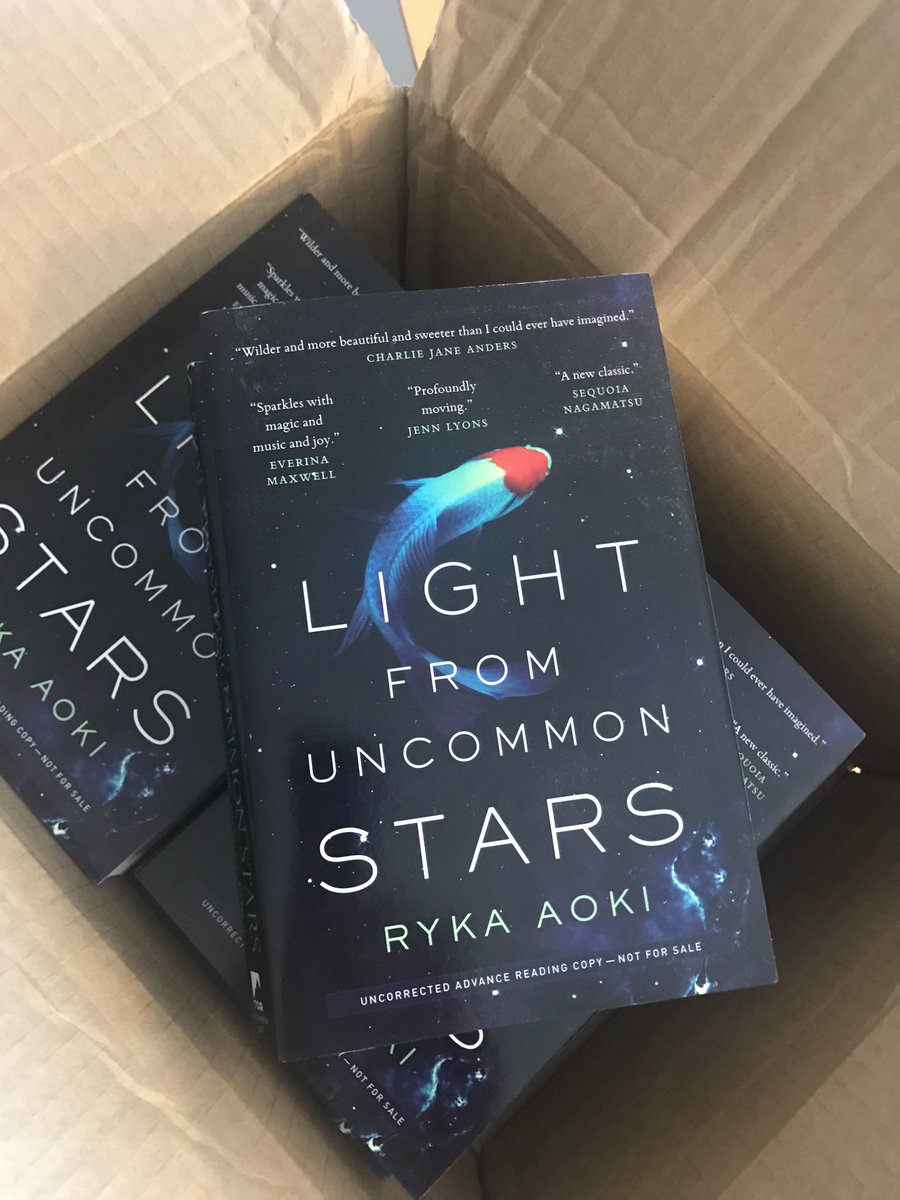